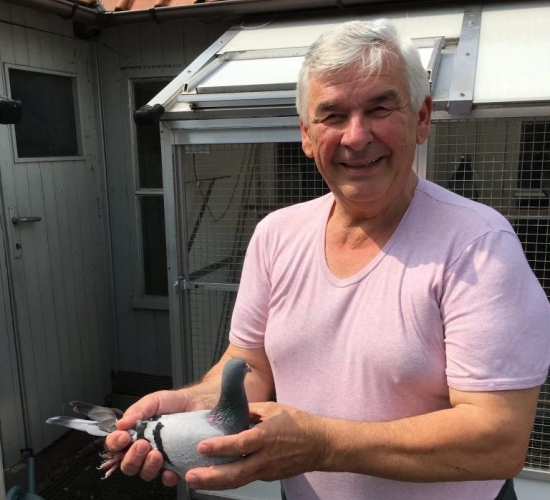 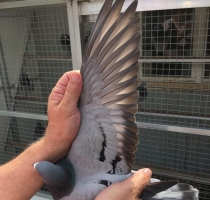 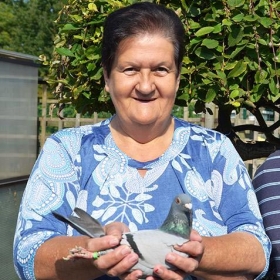 Yesterday's National race from Argenton was won by Albert Derwa. Albert is known all over the world and one of the best fanciers in Belgium. He is also known as a fancier who does not keep many pigeons and competes with a small team.
Albert's winner is "IRINA" (BELG 17/2065111). Her father is INVICTUS, winner of 1st National Issoudun against 16587 pigeons. The mother of IRINA is BELG 11/3070106, a direct GABY VANDENABEELE hen bred out of ROYAL BLUE (grandson of WITTENBUIK) and MONA (daughter of BLIKSEM).
IRINA is not a one time wonder bird, but has raced extremely well all season. She won 3 races and 2 seconds at club level with the following top prizes in bigger competition:
Just another example that top winning pigeons in National races breed top performers in big competition.
Albert and his wife Francine with IRANA.
Bertus Nel
PIGEONS