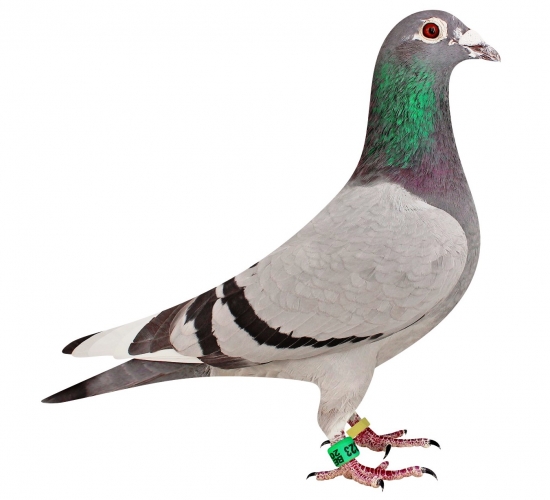 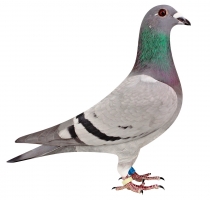 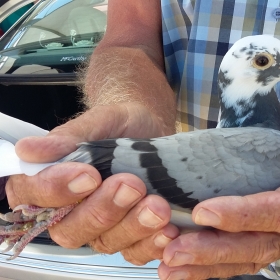 The fourth race of the 2018 season took place from TROMPSBURG on Sunday the 19th of August. The pigeons were released at 07:15 and the first two arrived at the loft at 14:59:18. Winning speed 1197mpm. It was a very tough race with a strong headwind all the way.

Bertus's first pigeon was COOL RUNNINGS and she was clocked at 15:12. Good enough for 28th place. In the previous race from Bloemfontein 447km she was 34th. Her father is Marius Behrens's COOLS COCK and her mother DICKY'S HEN (daughter of KROMME X GOLDEN EYE).

Pictures of COOLS COCK, DICKY'S HEN and COOL RUNNINGS (click on picture for full view), which was taken on the day she was sent to Dinokeng Lofts.