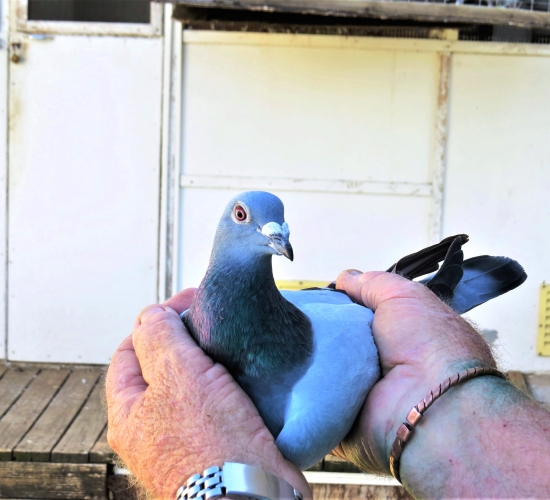 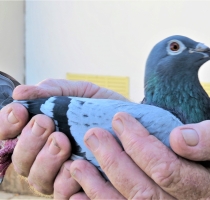 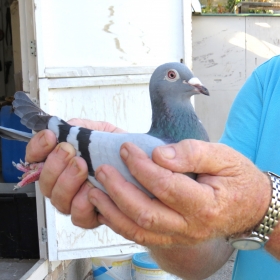 A race that confirmed to Gavin that he made the right decision to breed a family around LINCOIN was from Greytown 504km. It was pigeon weather with a headwind all the way where the best pigeons race in front.

Gavin got three birds on the drop and all three were from his LINCOIN line. First over the clock was BORDER 15/83838 (daughter LINCOIN), then GPU 13/18533 (sister LINCOIN) and then BORDER 15/71925 (grandson LINCOIN). Speed 1201mpm. Result should have been 1,2,3 Combine and 1,2,3 Union, but Gavin realized a few minutes later that 83838 was never clocked. He caught her and clocked her three minutes after she should have been clocked – still good enough for 1,2 and 8 Union.

LINCOIN’S grandson BORDER 15/71925 was a super racer and won the following in 2016 (only raced as yearling, then transferred to the stock loft)